The mainsheet is a rope controlling the angle of the boom, and thus the mainsail, relative to the boat. This is the main control that affects the amount of wind that is caught by the mainsail.

You use the mainsheet rope, as well as the other sail control ropes, to pull in the sail to catch more wind, let it out to catch less breeze, and to tune the sail so it has the most efficient shape allowing you to move the boat as fast and as controlled as possible. If there is too much wind in the sail, let the mainsheet out.

The main objective of tuning the mainsail with the mainsheet is to keep the Laser flat.

Generally speaking the more wind you can harness in the sail, and the harder you hike, while keeping the boat flat, the faster you will go. So if that means that you’ve eased the sail and it is flapping in a gust, as you are hiking out as far as possible, and you’ve managed to keep the boat flat, then you’ve done well. Of course, the other controls (vang, cunningham, outhaul) also have to be trimmed accordingly, but they are not adjusted nearly as frequently.

You should have the mainsheet in your hand all the time, along with the tiller in the other. 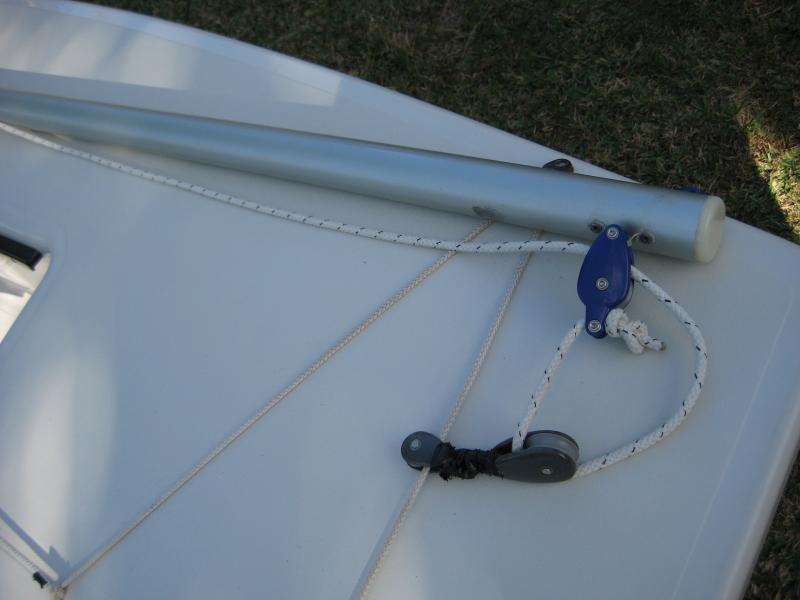 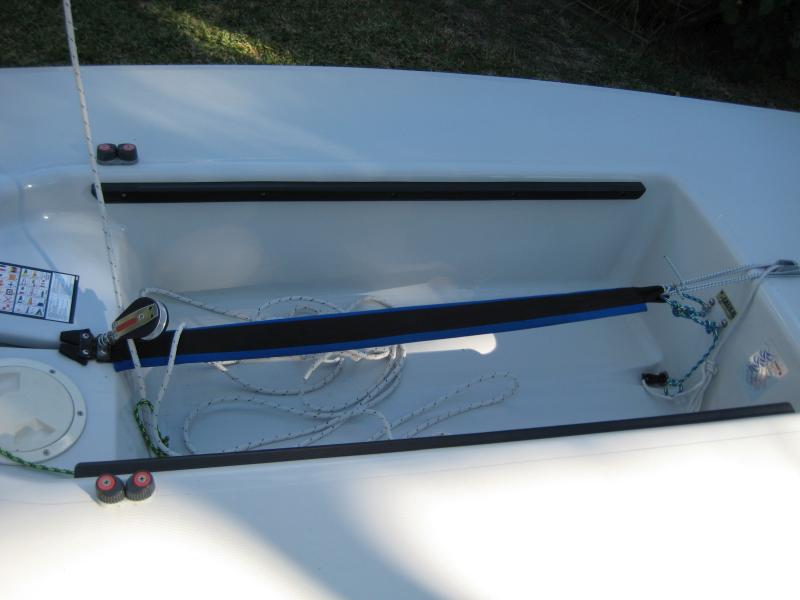 Laser mainsheet, block, and cleats in the cockpit

While out on the water it is advisable to tie a figure 8 knot in both ends of the mainsheet rope. At the boom end, this is so that the mainsheet can be pulled fully on so that it is in the block-to-block position. At the other end so that it doesn’t pull through the mainsheet block in the center of the cockpit.