Once a decision is made on where each Olympics will be, contending sailors from around the world look to the location in order to familiarize themselves, but invariably feel that the locals hold the home advantage of knowing the secrets of the area. Among the Laser sailors, we know already that the Brazilian Robert Scheidt will probably represent to Brazil in his own waters, and will be a major contender in 2016. 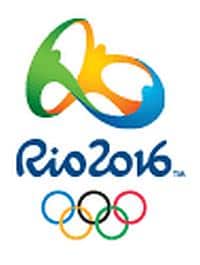 The main attraction for the countries that participated in this regatta was that it runs on similar dates and in the same course that will they will race on in two years’ time for the Olympic Games in 2016, i.e. in almost identical conditions to this main event. This means that all the participants, athletes, coaches and managers, as well as the local organization, clubs, and Brazilian authorities of City of Rio de Janeiro, will get a valuable experience and may make adjustments, correct deficiencies and to prepare for games. For the Brazilians, the regatta also decided the Brazilian national champions in each class for 2014 – 2015.

Gold in the Laser went to…

Gold in the Laser went to Australian Tom Burton, silver went to Rutger Van Shaardenburg of NED, while 2nd ranked ISAF sailor Nick Thompson won the bronze, to the disappointment of Brazilian Scheidt, who was expected to be on the podium, but came in fourth place. The Medal Race was run with little wind (10 knots), which may have affected the outcome.

In the Laser Radial, gold went to Anne Marie Rindom of Denmark, silver for Alison Young of Britain and the bronze to Evi Van Acker of Belgium. The big surprise was the 5th placing of Marit Boumeester’s of NED who holds the top ISAF ranking for the women. 33 men raced in the Laser standard, and 25 women in the Radial participated.

These regattas are not attend by all sailors, but as expected there was a presence from Southern Cone residents, the Argentine Julio Alsogaray, as well as Bruno Fontes from Brazil; however there were the conspicuous absences of Alejandro Foglia of Uruguay and Chilean Del Solar that left the placings for other representatives of their countries. Another notable absence was The Croatian Tonci Stipanovic, who holds the top ISAF ranking at the time.

These races act as a test for the Olympics which will next be in Rio de Janeiro, where ISAF runs the event as closely as possible to the Olympic races – attended by a full race committee, and are in a friendly and relaxed atmosphere and camaraderie and friendship among athletes is strengthened.

New sailors of the Laser sailing family take advantage of test races to rub shoulders with the greats and learn during these competitions, while the National Olympic committees send people to gain experience in this level of competition. Young sailors are regarded with curiosity and acceptance.

No one knows for sure who will represent each country… in two years many things can happen. Countries take into account not only the expertise of its sailors but the type of sailing conditions, which may indicate, according to this last race, to be on the lighter side. With 10 knots of wind, the Laser sailors may have to trim down, not bulk up.

Posted in Sailing Blog
← Learning What To Look For In Cheap BoatsLaser Sailing in Croatia: Your Complete Guide to the Best Spots →