In Olympic sailing, the Laser class single-handed sailboat has become the world’s most popular racing class for both adult and youth age groups. There are currently numerous dinghy classes with some just for men (the Laser and Finn), women (Laser Radial), both men and women (the 470) and mixed (the Nacra 17 catamaran). As of the 2000 Sydney Olympic Games, an additional class was added, the 49er skiff. In addition to this, the RS:X sailboard class exists for both men and women.

What makes laser class sailing so popular is how simple it is to set up and operate. But like many of the best sports that exist, it is easy to learn but difficult to master, which is also a big contributor to its success.

The boat itself has a two-part, free-standing mast with a sleeved sail which allows it to be quick and easy to rig, and the lightweight hull is easy to transport. A laser sailing dinghy can be loaded onto the top of a vehicle, tied down and taken anywhere with little effort, or can be towed on a trailer with ease. It is a family boat that will provide hours of enjoyment plus, a great enough challenge to warrant a spot in the Olympic Games.

There have been changes to the Olympic sailing classes since the 2012 Summer Olympics. The keelboat events for women (Elliott 6M) and men (the Star) have been dropped however, multi-hull events (Nacra 17) have been reintroduced. An addition to the women’s racing class is the skiff (49erFX).

The Olympic sailing program has had a total of 49 different classes over the years with at one point vessels of up to twenty metric tons involved. The 2016 Rio games will feature just eight different Olympic sailing classes:

Olympic sailing qualifications began with the 2014 ISAF Sailing World Championships and a total of 380 athletes are expected to compete in the 2016 Olympic sailing racing events. There will be a total of ten sailing events as part of the 2016 Summer Olympics hosted by Brazil in Rio de Janeiro. They will take place at Marina da Gloria in Guanabara Bay from August 5 to 21, 2016. 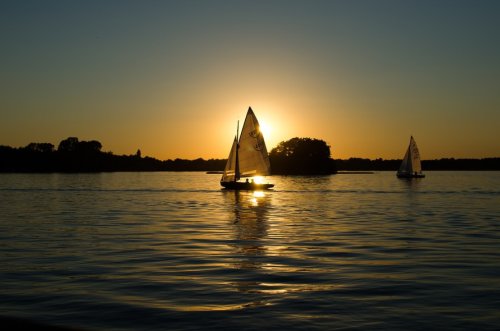 Laser Class Olympic Sailing is a challenging yet enjoyable sport shared by people of all ages.

The same courses used for the Aquece Rio test event in August 2014 will make up the 2016 Olympic Games sailing courses. Three of them are located in Guanabara Bay (Pao de Acucar, Ponte and Escola Naval) and two are located in the Atlantic Ocean (Copacabana and Niteroi).

There are also two reserve courses, just in case…one reserve Olympic sailing course is inside the bay (Aeroporto) and one in the Ocean (Pai). The inclusion of reserve courses provides the ISAF with options when wind conditions or other issues make one or all the other courses less than favorable for use during race days.

Racers have been very positive about the number of and location of the courses for the Olympic sailing events. Most feel the conditions presented with each course will prove to still be challenging for sailors as well as being fair for all skill levels of participants. The mixture of sailing inside and outside of a bay will prove to be interesting and makes the courses all that more interesting. The reason for having so many courses has been explained by officials as creating the ability to test sailors in different conditions.

As Brazil is the host country at the Games, they also have a number of Olympic sailing records to boast about. As a result, some of the heavy favorites are from there. The top men in the sport include Brazilians Robert Scheidt and Torben Grael.

The most decorated female Olympic sailor is Alessandra Sensini from Italy. Her medal count totals four – a gold, silver and a pair of bronzes. The first two Brazilian female sailors to medal are Fernanda Oliveira and Isabel Swan.

Sir Charles Benedict (Ben) Ainslie was born in 1977 and is considered to be the most successful sailor in the history of the modern Olympic Games based on his five consecutive medals wins from 1996-2012. His string of medal wins includes gold in his last four Olympic appearances. Unfortunately (for Olympic sailing at least), Ben has retired from Olympic sailing to focus on his other sailing interests, namely his Americas Cup campaign. Nick Thompson, who was the 2015 world champion in the Laser class, has made the cut for Team GB, so will definitely be one to watch out for, hoping to continue on from Ben Ainslie’s fine form for the British team.

Brazilian Robert Scheidt was born in 1973 and was the second person to win a total of five Olympic medals in sailing. He has won two golds, two silvers, and a bronze at five different Olympic Games plus a Star Sailors League Finals. He is considered to be one of the most successful Olympic sailors and is also one of the most successful Olympic athletes from Brazil, and will be trying his best to claim his spot on the podium in the Laser class.

Fellow Brazilian sailor Torben Schmidt Grael was born in 1960 and is the first person to collect a total of five Olympic medals in sailing. His tally includes two golds (1996 and 2004), one silver (1984) and a pair of bronzes (1988 and 2000). He started sailing at the tender age of 7 having been taught by his Danish grandfather. His brother, Lars, is also an Olympic medal winner in sailing. Torben will be watching on and cheering for his son and daughter Marco and Martine Grael as they hope to fly the flag for the 2016 Brazilian Olympic team. 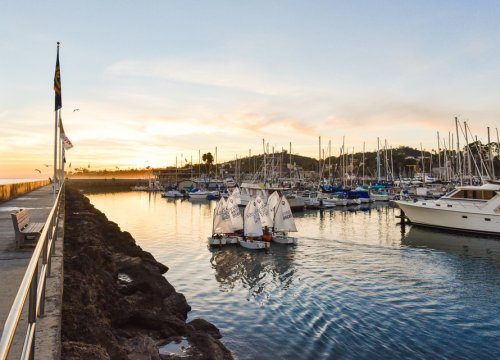 The Olympic sailing racing schedule for the 2016 Rio Olympics starts on August 8th with the RS:X windsurfing events.

Italian sailor Alessandra Sensini was born in 1970 and has the most Olympic sailing medals with a total of four, one gold (2000), one silver (2008) and two bronzes (1996 and 2004). She has also won six medals at the World Championships (three gold, two silver, and one bronze) and a total of seven medals at the European Championships (three gold, two silver, and two bronze). She will be a contender for a medal in the RS:X.

Alison Young makes another appearance after her 2012 Olympic campaign and will be sailing for Team GB in her Laser Radial.

Fellow Brazilian Isabel ‘Bel’ Swan was born in 1983 and won her only Olympic medal, a bronze, in the only games she has competed in – 2008 in Beijing. She will be racing the Nacra 17.

Laser Class Sailors To Watch in 2016

Tom Slingsby, who was born in 1984, has a lot of sailing credentials under his belt. After winning the Laser dinghy world championships in 2007 he was ranked number one in the Laser dinghy class going into the 2008 Olympics. He finished 22nd overall at those Games. More championships followed in 2010, 2011 and 2012. He won the Men’s Laser Gold at the 2012 Olympics and added more honors in 2013 and 2014. Since then Tom has turned his focus to the America’s Cup and has handed the reigns over to training partner Tom Burton of Australia.Burton was born in 1991 and will make his first Olympic appearance in Rio. He has trained with Slings by for the past four years and has a handful of sailing accomplishments including a 2nd place finish at the 2014 World Championships, 3rd place at the 2015 World Championships and two World Cup wins in 2015.

Nick Thompson, who won the 2015 World Championships, will also be a serious contender for the top prize at the 2016 Olympics. He will be aiming to win his 1st ever Olympic medal at the Rio Games.

Enjoy your laser sailing dinghy at any level

Although laser class sailing is an Olympic sport, this does not mean you can’t enjoy it as a hobbyist as well. The simple, lightweight design of the dinghy is specifically meant to be enjoyed by anyone of virtually any sailing skill level.

Because of its appeal and highly competitive racing, it just also happens to be one of the many Olympic sailing events. So make sure that you keep an eye out for the Games in Rio later this year.